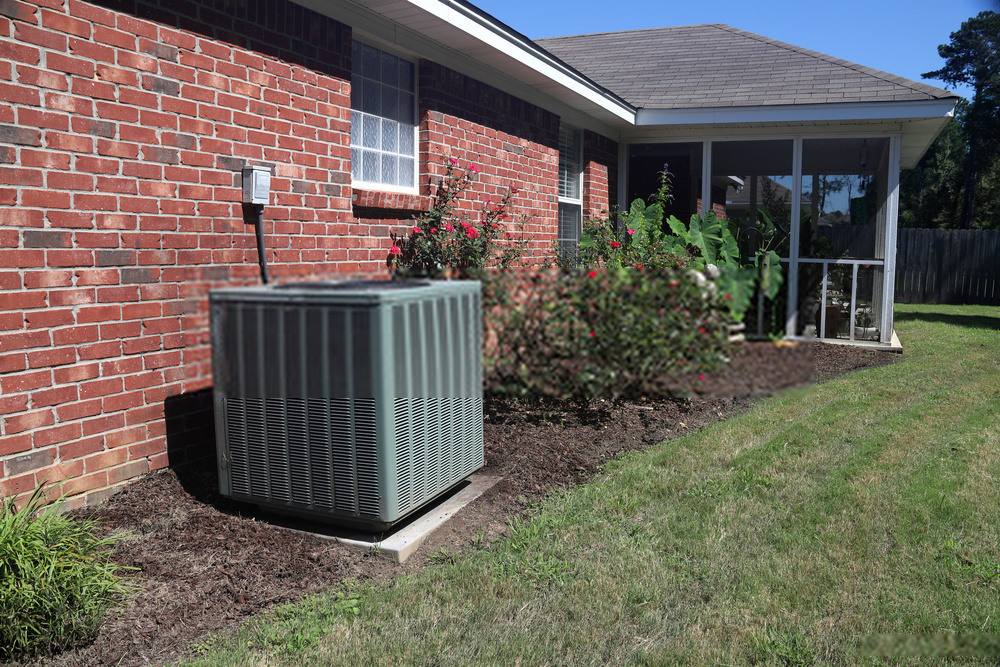 There are many options for home heating and cooling. Most buildings use a single unit with ductwork to providing heating, cooling, and ventilation, often described with the acronym HVAC. This single device is normally the most energy-intensive appliance in a house since it heats and cools the entire house throughout the year. The refrigerator and the stove do not come close.

Saving money on air conditioning means understanding how HVAC units work as well as the advantages of repair over installing a new unit. Understand why larger units might be better or might be a waste of electricity. The total costs include both annual electricity, maintenance, and sometimes gas as a third expense. It is possible to supplement heating and to limit cooling. For the most part, saving money boils down to the unit and how it is used.

The System Parts of HVAC Units

Central HVAC systems are described as being split because other systems are entirely inside or entirely outside. Older heating systems include water radiators, while modern ones simply circulate air that is warmed either by electricity or a gas flame. As for cooling, the unit is outside to dump heat into the environment so that cool air can be moved inside the house.

Part of the system can be interior. This mostly applies to the ducting, which is generally hidden in the roof, beneath the floor, and sometimes in the walls. The unit itself usually has thermal transfer fins that sit outside the home, and a condenser that is either inside the house or else home air circulates over to create cool air. For an all-electric system, the system is reversed to dump cold into the outside environment and warm the inside air.

Air conditioners and heat pumps act similarly to refrigerators in that heat are dispensed outside of an environment, and the interior is chilled. In the case of a refrigerator, heat is transferred to the house while in the case of a heat pump, hot and cold are transferred to the subsoil. An all-electric HVAC unit that sits outside is technically a heat pump, although exploiting the thermal mass of subsoil is generally more cost-efficient. Extra heat units are almost entirely indoors because gas fuel does not create smoke.

There are alternatives that are sometimes called packaged systems. Actually, in some areas, this is the norm, but in other areas, it is preferable to have more components inside the house for safety and efficiency reasons. A box HVAC unit is entirely outside and communicates with the house through ductwork. This means that all the high voltage and fire potential are on the outside, but the cost might be greater inefficiency in very hot or cold weather.

HVAC stands for “Heating-Ventilation-Air-Conditioning.” Ventilation is a key part of this system in houses that are airtight. IN places with older homes, such as the United Kingdom, a lot of ventilation comes from tiny gaps and cracks as not all surfaces are perfectly sealed. A house with little seepage needs air to be artificially circulated in order to prevent the indoor air from becoming stale.

Airtight houses are potentially more efficient and keep insects at bay. That said, there is less ventilation for installed gas heaters. A house that does not circulate air with the outside passively might trap moisture and be more prone to mildew and stale air. There is less opportunity for a fireplace, and the hazard might be higher when the electricity goes out.

The Possibilities For Heating

Heat pumps are not always used because of the cost of electricity in some parts of the country is fairly high. In comparison, the cost of natural gas is often inexpensive compared to electricity. It can work outside the ventilation system and can run from a gas main or else from an outside tank. It can even be used for cooking and some types of refrigerators.

Other options include oil furnaces and some type of pelletized system. Modern alternatives to the fireplace are very efficient and burn with a minimum of soot or ash. Oil is generally more expensive than natural gas but might be the preferred option according to local availability. Pellet burners are common in Europe and are growing in availability in the United States because they do not depend on a gas main.

The advantage is the reduced demand for electricity, which might be ideal for a household for a variety of reasons. The combustion occurs inside a controlled chamber, and the heat is then transferred to a vent or to hot water. Since many houses use gas at least for heating their shower water, using it for other purposes might seem logical otherwise, the hot water works as apart of a radiator system.

Ventilation systems are becoming more common over radiators again because modern buildings tend to be sealed. Some new variants of water radiators are floor or water radiative heating that creates an enveloping warmth that is also silent and steady. The obvious problem with burning anything is the potential to create ash and carbon monoxide. With gas, only carbon monoxide is a potential problem, but only if the oxygen level gets seriously depleted.

Furnaces can be very efficient either because they are small enough to use the air in a room and only heat a single room or else pull air from the outside that is then heated with the addition of water vapor that is a byproduct of combustion. Since furnaces with outside air intakes do not burn indoor air, there is no need for air to seep in from outside to replace the air that goes up a chimney. Thus, furnaces that circulate all their air in a localized area are more efficient than most older systems.

There are many ways to warm a home, including solar trapping, but there are fewer ways to efficiently cool a house. One way is to tap into the cool of the subsoil while another is just to use an electric air conditioner. Other means aim to reduce discomfort by stripping the air of unnecessary water vapor that makes people warmer by preventing sweat from evaporating. For the average person, seeking out AC Maintenance might be the best solution.